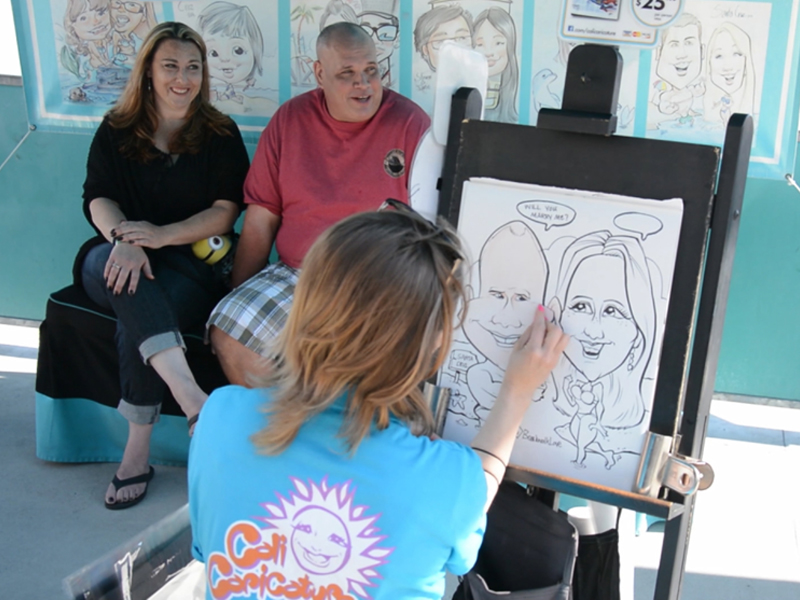 #BoardwalkLove to First Air on
Saturday, June 20th at 5PM

#BoardwalkLove to First Air on Saturday, June 20th at 5PM
Expanded network includes most of Northern California and Reno

SANTA CRUZ, CA – June 15, 2015 – Production has just wrapped on the Santa Cruz Beach Boardwalk’s summer television special, #BoardwalkLove. The half-hour program will debut on Saturday, June 20th at 5PM on KBCW, Channel 44, Cable 12, followed by a prime time airing at 9PM on KSBW, Channel 8, Cable 6 with several more airings to follow throughout the summer. A complete list can be found here.

“To many Bay Area residents, the Santa Cruz Beach Boardwalk is a special place where generations of families love to spend time, and often fall in love,” states Boardwalk’s Director of Advertising, Sondra Woods, “and we wanted to capture and share this love with folks at home dreaming of their next fun-filled vacation at the beach.”

“I think it’s amazing to be a part of somebody’s love story at the Boardwalk,” says Producer Regan Eymann, “to connect two things that I think are wonderful – love and the Boardwalk – and to be able to bring that as a gift to two people will stay in my memory for a long time.” The main story line of #BoardwalkLove follows Bay Area resident Anthony Caputa as he plans a surprise proposal to his girlfriend, Sheri Carbonaro, at their favorite place, the Santa Cruz Beach Boardwalk. Anthony and Sheri’s story weaves through smaller packages, which feature visitors describing what they love most about the Santa Cruz Beach Boardwalk, whether its their favorite food, rides, or events like Camp Boardwalk. Viewers are then given a behind-the-scenes look at how the Boardwalk makes those experiences possible.

The number of stations airing the special this year has also grown significantly. The Seaside Company hired Norlin Television to clear markets outside of the San Francisco Bay Area where it has typically aired on KTVU, Channel 2. As a result of their efforts, #BoardwalkLove will air on stations as far north as Eureka, south to Monterey, and east to Reno. The current list of stations and air dates/times can be found here.