Celebrating TeamTam40 – The Path to the Emmys with Doug Longwill

Doug Longwill joined TeamTam fresh out of college (and we mean fresh!) He was a joy to work with, and as he grew from production assistant to second camera to sound recordist, his aptitude and passion for so many aspects of production were clear to see. We were happy to give him his start, and we hated to see him go, but we’re so proud to follow his work today. Thanks, Doug! I started at Tam the summer of 1995. I graduated form Santa Clara University on a Saturday and showed up at the downtown San Jose office that following Monday, it was my first real job in the industry. I started at Tam as a Production Assistant and eventually was trained to be an audio mixer on the Coast Guard show as well as Corporate shoots.

I really enjoyed my time at Tam, it was such a great group of people from Tam and Susan all the way down.  Something that will always stay with me was working with Siiri Tuckwood.  I had never met anyone named Siiri and this was long before Apple introduced the world to Siri.  She had a unique way of introducing herself to people and would always slowly spell out her name S as in Sam-I-I-R-I.  She also had the ability to mimic whoever she was speaking with if they had any kind of accent. So, within minutes of meeting this person, she would drop in to a matching accent, which I always found hilarious as we made our way around the country. 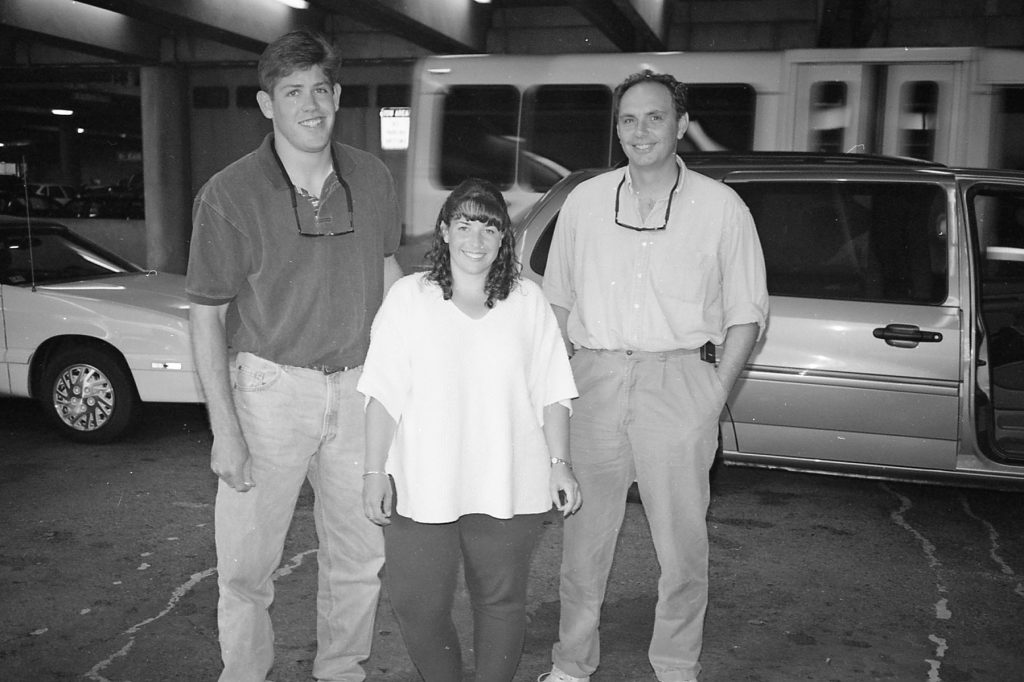 For one of our major corporate clients, we shot in both Germany and Scotland. That was an amazing trip with Tim George and Siiri Tuckwood as I had never been out of the country before that.  Getting paid to go out and see the world is one of the things about this industry that I still love today.

Tam was just a really fun place to work, I always looked forward to coming in.  Everyone was so willing to show me the ropes and teach me the business.

Clearly, the Coast Guard show was the most memorable project during my time at Tam.  Traveling the country and getting to see all aspects of what the USCG actually does from Law Enforcement to Search and Rescue was really a great experience. After a great year at Tam, I moved with my then fiancée (now wife of 22 years) to Houston.  I worked at a production company for a year and then went freelance doing sound, grip and eventually camera.

I am still working as a freelance Director of Photography (DP) today.  Currently, I am the DP and Multi-Camera Director on the 12th season of The Real Housewives of Atlanta.  When I am home in Los Angeles, I frequently work on the field pieces, like Carpool Karaoke, for The Late Late Show with James Corden on CBS.  This is the second year in a row that I have been nominated for an Emmy for my work on that show.

Editor’s Note: Since this interview, we were beyond excited to learn that Doug won his Emmy at the 71st Primetime Creative Arts Emmy Awards on Saturday, September 14th.

More than anything, I learned that this job can be a lot of fun and you can truly love what you do for a living.  Tam and Susan are a perfect example of that.